Everything there is to know about the snow leopard, Kyrgyzstan’s sacred animal - Kyrgyz'What?

Everything there is to know about the snow leopard, Kyrgyzstan’s sacred animal

A magnificent and imposing creature, the snow leopard has been living in Kyrgyzstan’s high mountains for a long time. This animal, adored and sacred in the little Central Asian country, is, unfortunately, threatened of extinction.

The snow leopard is listed as an “endangered species” by the World Wildlife Fund (WWF). Its population is very scarce globally, and it’s hard to determine its exact number. Snow leopards are in danger due to global warming and hunting.

The snow leopard is probably one of the world’s most mysterious and majestic animals. It measures up to 130 centimeters long as an adult, and can weigh between 25 and 70 kg. Snow leopards live in solitude since their youth, and move mostly at dawn and at dusk.

The snow leopard is very agile and fast. It’s also nicknamed the “mountains’ ghost”, because it’s so rare to spot. Indeed, snow leopards know how to hide, especially thanks to their beautiful white and black-spotted fur, which allows them to blend perfectly with the surrounding landscape of snow and rocks.

Their large paws, like snow shoes, allow them to swiftly move on snow without sinking. Snow leopards are very strong animals, and they can spring about 10 meters! Their tail, which measures around one meter, is not only used for their balance. Snow leopards wrap their tails around themselves to keep warm.

A snow leopard can live up to around 22 years in captivity. But in the wilderness, where survival conditions are harsh, its life expectancy is at around 10-12 years only. 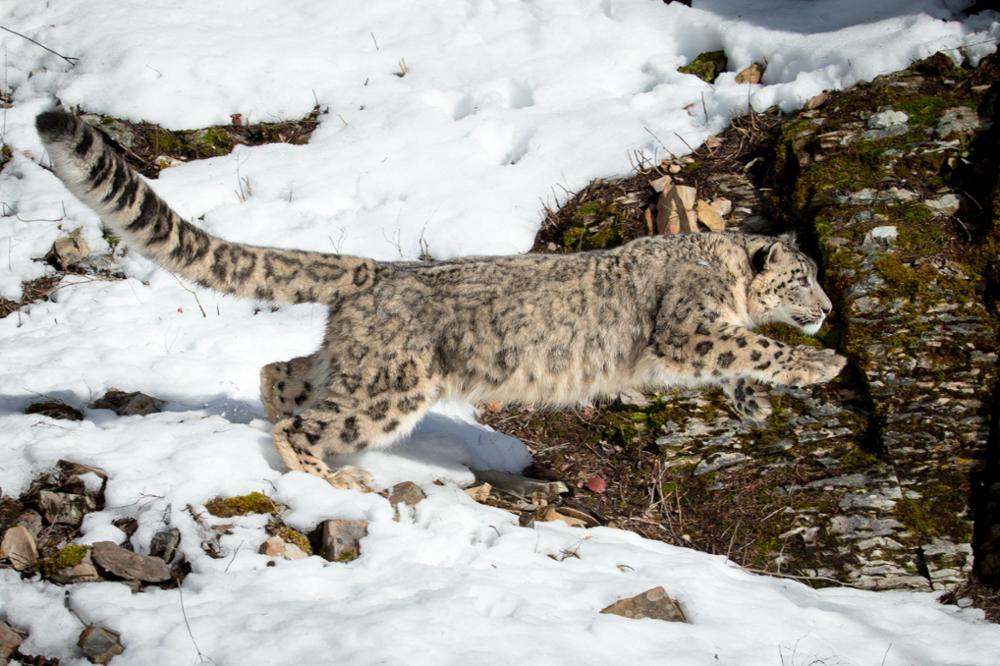 Snow leopards live high in altitude, at around 3000 to 4500 m above sea level, or even higher. They live in twelve countries in the Central Asian region. Today, scientists estimate that there are around 4.000 to 6.500 snow leopards left in the world, a number 20 percent lower than at the beginning of the century.

Unfortunately, the snow leopard is an endangered species. It is the target of illegal hunting and trafficking for its splendid fur, which can bring a lot of money. In addition, its habitat is decreasing in size year after year, due to road construction, mine openings, agriculture, glaciers melting, trees growing at higher altitudes and hunting on its preys (Marco Polo, ibex…).

Estimates say that between 150 and 500 snow leopards live in Kyrgyzstan. It’s difficult to know their exact number, since they don’t let themselves be seen.

Although it’s rare to actually see a real snow leopard, or “Ilbrys” in Kyrgyz language, you may come across some footprints during your treks off the beaten tracks. You can also admire the animal thanks to photo traps. 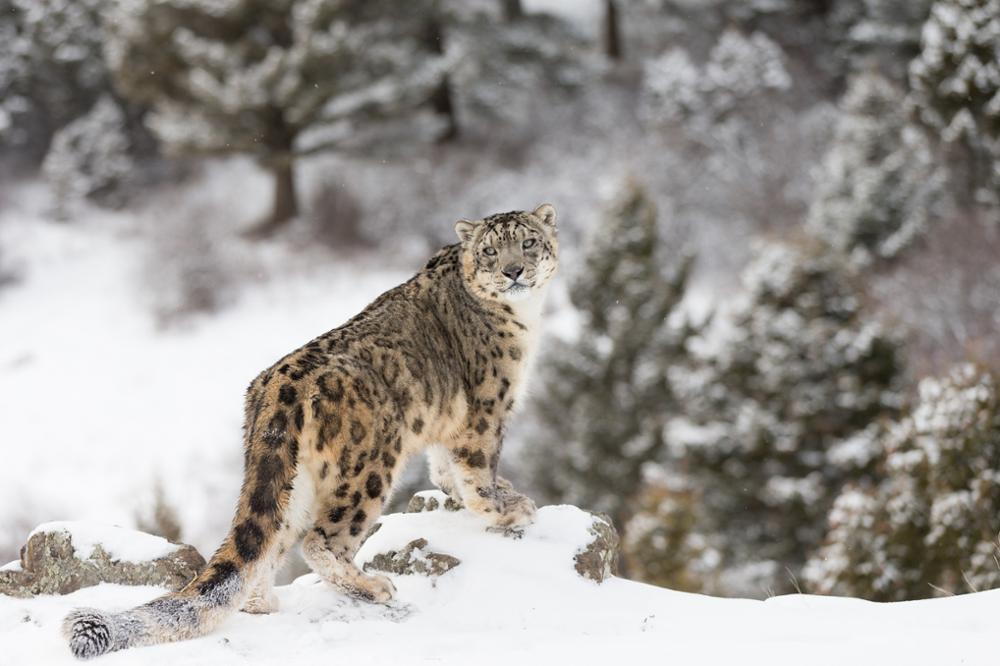 In any case, you’ll find snow leopards in many different shapes during your trip in Kyrgyzstan. This beautiful animal is sacred in Kyrgyzstan. It’s the symbol of its capital, Bishkek, and the pride of its people. You’ll come across many efforts to save snow leopards, like public races, international forums, and locally and internationally financed projects around the republic. The snow leopard is used to decorate many objects and souvenirs, such as t-shirts, postal cards, bookmarks and toys. It was also chosen as the mascot for the last World Nomad Games.

And it’s in Kyrgyzstan that the Bishkek Declaration was signed in 2013. It’s a promise to save snow leopards from the twelve countries that serve as their home. There are two sanctuaries for this animal in Kyrgyzstan. One, a rehabilitation center, is located at the north of Issyk Kul and managed by a German organization. The other, more recent, is not far from Bishkek, in the valley of Shamsy, which used to be a paradise for hunters.