Six museums you should visit in Kyrgyzstan - Kyrgyz'What?

Six museums you should visit in Kyrgyzstan

It’s above all for its endless mountains, its preserved nature and its nomadic culture that we visit Kyrgyzstan. A real adventure land, Kyrgyzstan is an ideal destination to go on treks, go horseback riding, enjoy scenic landscapes, observe spectacular animals and appreciate an authentic culture. But if you have a couple of free hours during your trip, take the time to visit one of these museums to learn more about the history, culture and art of Kyrgyzstan:

The fine arts museum in Bishkek

This is probably the most interesting museum in the Kyrgyz capital. The fine arts museum of Bishkek, located in the city center right in front of the national ballet and opera, is a large soviet building that attracts tourists for its architecture alone. The museum exhibits a little bit of everything on two floors: soviet paintings, traditional clothing and even ancient Roman sculptures. Actually, most of the masterpieces in this museum were donated to Kyrgyzstan by Russian museums, which explains the diversity of the collection. For foreign guests, the museum allows to understand soviet and Kyrgyz art at a glance, admire scenes from the Manas epic as well as a large collection of traditional felt objects. Temporary exhibitions at the museum entrance are a great way to get familiar with contemporary Kyrgyz art. 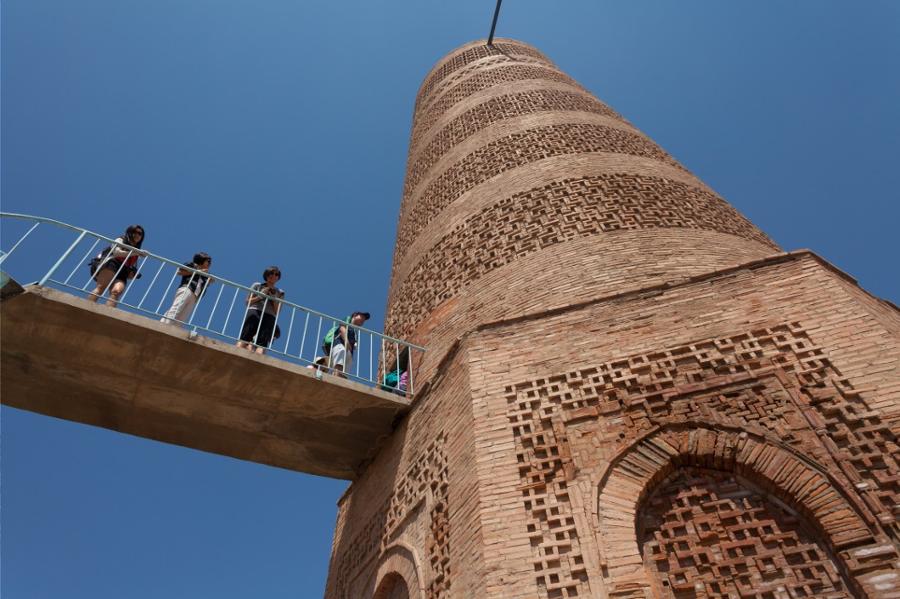 The Burana Tower, a splendid open-air historical complex, is a must-see during a trip in Kyrgyzstan. An ancient minaret of 20m approximately stands beautifully before the snowy Tian Shan Mountains. Burana used to be the center of one of the most important cities in the Karakanid Empire as well as a highly sacred place. Today, it is registered as a UNESCO world heritage site. The complex also exhibits ancient objects found during archeological excavations in the region, including petroglyphs, pipelines and “balbal” tombs. 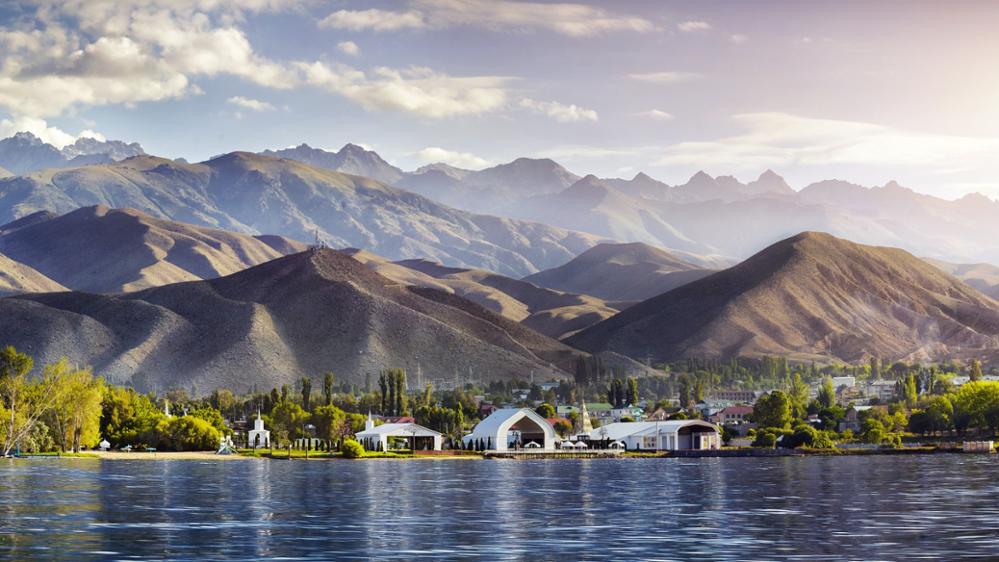 The Ruh-Ordo complex in Cholpon Ata

This surprising museum located on the shores of the Issyk Kul Lake is really worth a visit. Built in 2002, the spiritual center Ruh-Ordo defends harmony and peace between religions in an exceptionally calm atmosphere. Five white and identical chapels represent the main religions of the world (Catholic, Orthodox, Islam, Buddhism and Judaism). Around the park, statues reflect the work of the great Kyrgyz writer Chyngyz Aytmatov, and an exhibition hall shows magnificent and colorful Kyrgyz paintings as well as traditional objects (yurts, headdresses…). During the summer, the museum offers free guided tours that are a great way to learn more about nomadic culture. 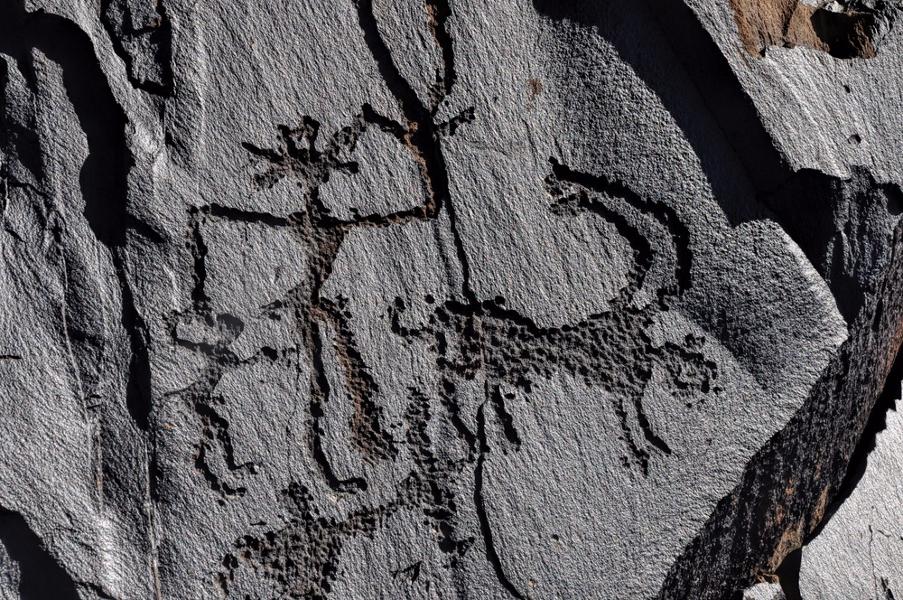 The petroglyph museum in Cholpon Ata

The petroglyph museum is another must-see during a trip around the Issyk Kul Lake in Kyrgyzstan. This huge open-air complex gathers thousands of ancient rock drawings and gives an extraordinary view on the lake. The petroglyphs usually represent hunting scenes, snow leopards or camel caravans. These drawings carved into eternity allow us to go back in history to the ancient tribes that inhabited Kyrgyzstan. This astonishing rock garden also contains shamanic ritual sites.

The historical museum in Karakol

In the center of Karakol, a small historical and cultural museum hides a lot of treasures. This is a great place to learn about Kyrgyz history and culture in little time. A first room exhibits archeological findings from the region and the depths of the Issyk Kul Lake (which hides an entire city!). Several halls are dedicated to the nomadic culture, with a traditional yurt, nomadic clothing, instruments and headdresses. Another room shows stuffed animals. But the most important part of this small museum is the photography exhibition from Ella Maillart, a Swiss explorer from the beginning of the 20th century. Her black-and-white photos show the beginning of urbanization in Kyrgyzstan, immense mountains and glaciers of Karakol and nomadic life. It’s very interesting to compare Kyrgyzstan and Uzbekistan at this same period in history and to understand the difference between their nomadic and sedentary cultures. 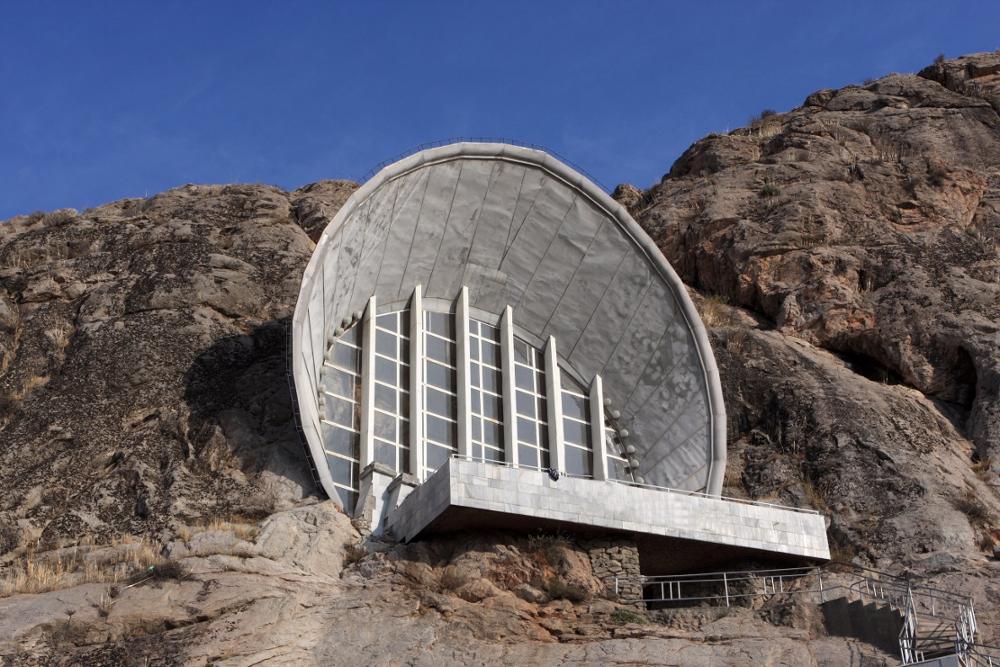 The Sulaiman Too museum in Osh

The sacred mountain of Sulaiman Too is also part of the UNESCO world heritage. A historical museum carved directly into the cliff of the mountain exhibits diverse objects, including paintings, sculptures, ceramic from the 11th century and stuffed animals. This is mostly an important museum for its religious explications, because it allows getting to know the legends and beliefs linked with the sacred sites of Sulaiman Too. An observation platform gives an incredible view on the city of Osh.

Culture and TraditionHistoryTourism
Related articles
Why you should choose Kyrgyzstan for your next vacation
One day trips from Bishkek
Discovering Issyk Kul: what to do around the lake
The yurt, symbol of Kyrgyzstan
Kurmanjan Datka, the feminist Queen of the Kyrgyz
Archives
Tags
Tourism (31)Culture and Tradition (28)Sports (8)Gastronomy (5)Flora and Fauna (4)History (3)Tips and Tricks (3)News (1)Religion (1)