Kurmanjan Datka is one of the rare women heroes of Central Asia. Queen of the Alay region in the 19th century, she is the one who was able to unite the Kyrgyz tribes and make peace with the Russian Empire, saving hundreds of lives. For the Kyrgyz people nowadays, Kurmanjan Datka is celebrated as the “mother of the Kyrgyz”, bearing a unique historical and symbolic significance.

A strong and feminist woman

Kurmanjan Datka (1811 – 1907) is still admired in the current times for her strong character and her independence. She grew up in a nomadic family in the mountains of the Alay, south of the city of Osh. An excellent horse rider since her early childhood, she was always very close to her people and ready to help others.

Kurmanjan was destined to marry a man much older than her, whom she did not know. This used to be the norm. The night of her wedding, when she was already settled in her new yurt with her new family, young Kurmanjan fled on a horse.

This courageous and feminist act of rebellion is unique in Kyrgyz history, and made her famous in the region. According to the Kyrgyz tradition, it’s not acceptable that a woman leaves her husband and her step-family, that she can refuse a wedding. Even nowadays, it’s very rare that a young girl, even if she was forced into marriage, steps up against her husband. But Kurmanjan did it two centuries ago, defying the rules of society and standing forever as a symbol of feminism. 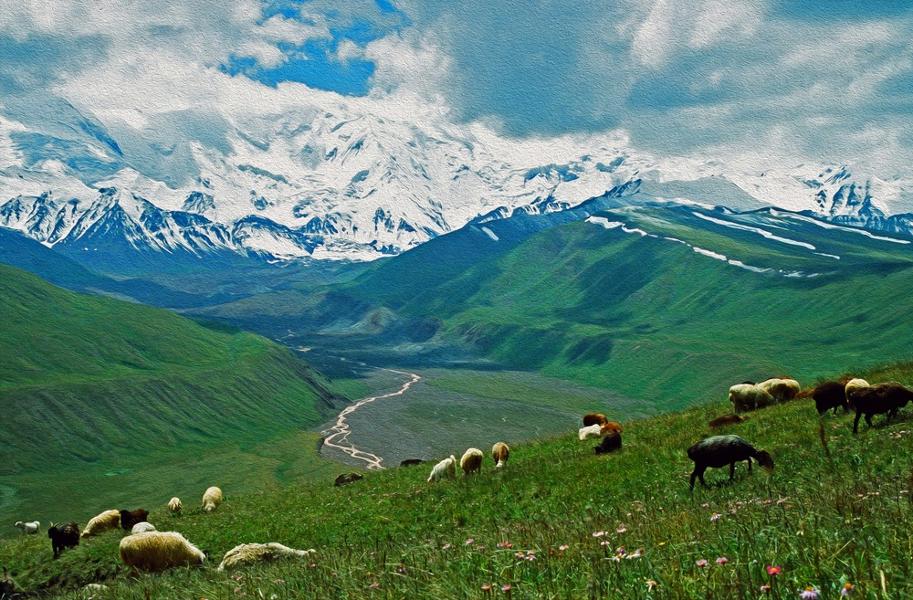 After this first marriage against her will, Kurmanjan met Asylbek Datka, who was then leading the tribes of southern Kyrgyzstan. They fell in love and the general freed her of her wedding ties and made her his wife. They had five sons. Kurmanjan started to actively participate in the political life of the Alay, taking over for her husband when he was away.

Following the tragic death of Asylbek, Kurmanjan herself became Datka, which means general. This title was reserved for men, and she is the only woman in Kyrgyz history to have been entitled Datka. The emir of Bukhara himself, who was then heading a huge empire that included the southern lands of Kyrgyzstan, made Kurmanjan Asylbek’s heir. This, regardless of the fact that she had refused for her people to pay taxes to the empire.

Back then, the Russian tsar had already conquered the lands in the north of Kyrgyzstan, and was heading south. Kurmanjan and her sons resisted the invasion at first, but due to the strength of the Russian armies, they were forced to flee with their people to Kashgar, in China. But the Chinese army turned them back, and Kurmanjan led her people back in the Alay. After many defeats and losses, Kurmanjan Datka understood that there was no other solution than to accept making peace with the Russian empire, which she did in 1876 to avoid a blood bath. She kept her title of Datka, and Russian soldiers called her “your majesty”, showing her just as much respect as the Kyrgyz did.

But sadly, Kurmanjan Datka’s sons continued to fight the Russians and one of them was made prisoner. He was sentenced to death. Once again, in this difficult family tragedy, Kurmanjan showed immense courage. She watched her son’s hanging in Osh and ordered her people not to step into combat, like they wanted. She then said: “it hurts me to see my son die, but I cannot lose my people.” Thanks to her great diplomacy and sacrifice, the people of the Alay continued living in peace. 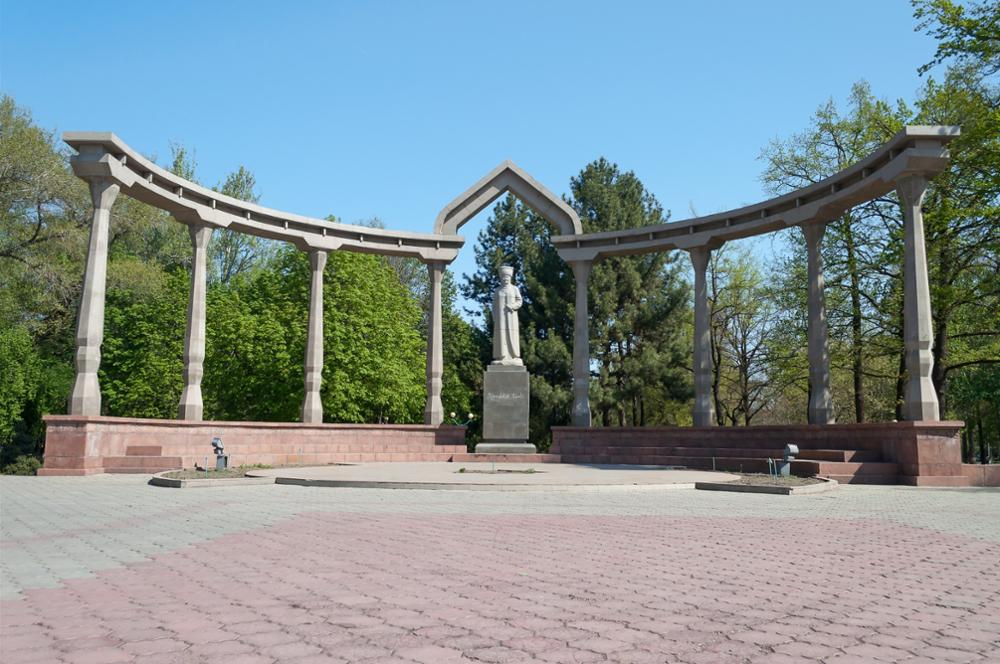 Kurmanjan Datka is still respected today throughout Kyrgyzstan and Central Asia as a young rebellious and feminist woman, and a strong leader who brought peace to Kyrgyzstan and sacrificed her son for her people.

In 2014, Kyrgyzstan released a movie dedicated to the life of Kurmanjan Datka, from her childhood until the hanging of her son. The movie is very moving and beautifully depicts this strong woman. Definitely add it to your list of movies to see before coming to Kyrgyzstan.

While visiting Bishkek, Kyrgyzstan’s capital, you’ll be able to see a beautiful monument dedicated to Kurmanjan Datak in the central Dubovy Park, on Erkindik Boulevard. You’ll also see her face on the 50 soms bills.

Kurmanjan Datka left a strong democratic, patriotic and feminist heritage to the Kyrgyz today, and Kyrgyzstan is the only country in the region that has already had a woman as president.

Culture and TraditionHistory
Subhas Chandra Biswas
17 July 2022
I travelled Osh to Bishkek during 24th to 1st July'22.Now I like to know more about kirgigistan ,Manas and Alai Queen. How can I watch the movie about Alai Queen?
Reply
Jukka Soisalon-Soininen
18 July 2020
Very interesting! We are just working with a book of Mannerheim and we also will mention Kurmandjan Datka in one story
Nuraida
10 June 2021
Wow, great!
Reply
Related articles
Six museums you should visit in Kyrgyzstan
UNESCO world heritage sites in Kyrgyzstan
A few local beliefs to know before going to Kyrgyzstan
A small guide to the Kyrgyz Horse
Cultural differences to know before going to Kyrgyzstan
Archives
Tags
Tourism (31)Culture and Tradition (28)Sports (8)Gastronomy (5)Flora and Fauna (4)History (3)Tips and Tricks (3)News (1)Religion (1)