Chyngyz Aitmatov is for sure Kyrgyzstan’s most well-known writer. His eloquent writing has been translated in more than 150 languages and read across the world, and it’s thanks to him that many people have discovered the existence of this Central Asian republic, its resilient people and its endless mountains.

Chyngyz Aitmatov wrote splendid and moving stories that portray the beauty and harshness of his country and his people. His tales take you on a journey through Soviet Kirgizia, as he honestly depicts the flaws of the regime and the courage of the young heroes. Aitmatov’s stories tell of politics and pure love, rebellion, everyday life, escape, traditions, family, strong women, education and much more; all of this on set on the splendid background of the Tian Shan Mountains and the steppes of northern Kyrgyzstan.

Admired around the world

“Everything that happens to the world happens to each of us individually”. This sentence, taken from one of Chyngyz Aitmatov’s books, could very well be the slogan of the United Nations, affirmed Alison Smale, Undersecretary General for global communications of the UN during the inauguration of an exhibition dedicated to the Kyrgyz writer in New York in 2018.

Chyngyz Aitmatov was a humanist and a visionary writer who spoke of traditions, climate change and feminism before these were popular. During a beautiful eulogy to the writer, the president of Kyrgyzstan Soroonbai Jeenbekov said: “The name of Chyngyz Aitmatov will continue to live as long as there are Kyrgyz people, as long as our country, Kyrgyzstan, will continue to exist and to flourish on our planet.”

Chyngyz Aitmatov (1928-2008) was born in the region of Talas in Kyrgyzstan. He was a local journalist for the newspaper “Pravda” and started publishing stories in 1952. Born from a Tatar mother and a Kyrgyz father, he’s considered all around Central Asia as “his”. Aitmatov mastered Russian just as well as his native language, Kyrgyz. He’s the most awarded Soviet author, having received three State prizes, the Lenin Prize, and many international awards. Just before Chyngyz Aitmatov died, Turkey had prepared a dossier to nominate him for the Nobel Prize of Literature. 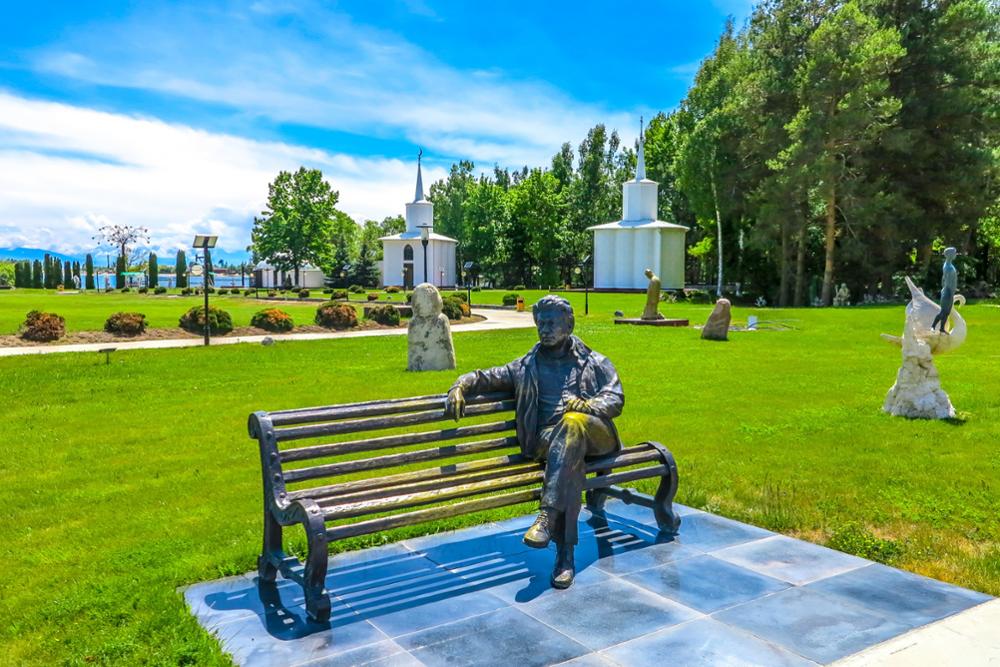 Although his father was executed by the Soviet authorities in 1938, Chyngyz Aitmatov was a great follower of internationalism and the communist regime. But he never hesitated to criticize its problems in his work, always subtly enough to avoid censorship.

Chyngyz Aitmov was also an important politician. Among others, he was the consultant (and friend) of Mikhail Gorbachev, then ambassador of Kyrgyzstan to the European Union, to NATO, to Luxembourg, Belgium and the Netherlands.

”It’s the most beautiful love story in the world “: this is how Louis Aragon introduces his translation of Jamilia. Jamilia is the poignant story of forbidden love, of impossible love set in the Kyrgyz mountains. It’s told through the eyes of a young boy, Seit, an innocent and curious artist whose words are just as beautiful and fierce as the story itself.

The white ship is the story of a young man lost in the unfair world of adults, who looks at the Issyk Kul Lake, hoping to spot a white ship on which he hopes to find his father.

This is a collection of short stories, which takes its name from one of Aitmatov’s best engaged stories, one of a young communist idealistic teacher who wants to educate children in a village where this isn’t the norm. The tale recounts the teacher’s efforts to bring the children to school and teach them, regardless of parents’ refusals and traditions of early wedding. It’s a hymn to freedom, education, feminism and equality.

The day lasts more than a hundred years

This novel of Aitmatov mixes politics and science fiction. Even though Aitmatov truly believed in the idea of the communist regime, he freely criticized it when he disagreed with policies. This story traces a funeral procession in the Kazakh steppes, during which characters recall their experience of war, tyranny and injustice.