A guide to the Kalpak, the Kyrgyz traditional hat - Kyrgyz'What?

A guide to the Kalpak, the Kyrgyz traditional hat

The Kalpak is more than just a hat in Kyrgyzstan. Deeply rooted in local culture, this traditional hat is very symbolic and treated with a lot of respect. This high felt hat is proudly worn by Kyrgyz men, as you’ll get to notice during your trip in Kyrgyzstan. Recently, it even made it on the list of Unesco cultural heritage!

Made with felt, the kalpak has been used by generations of nomad to keep men protected from heat, cold and rain. Composed of a white background and a triangular form, the Kalpak is meant to represent the carved mountains that cover most of the Kyrgyz landscape. Nowadays it’s mostly worn for important celebrations, but some locals still continue to use it every day just like their ancestors did. 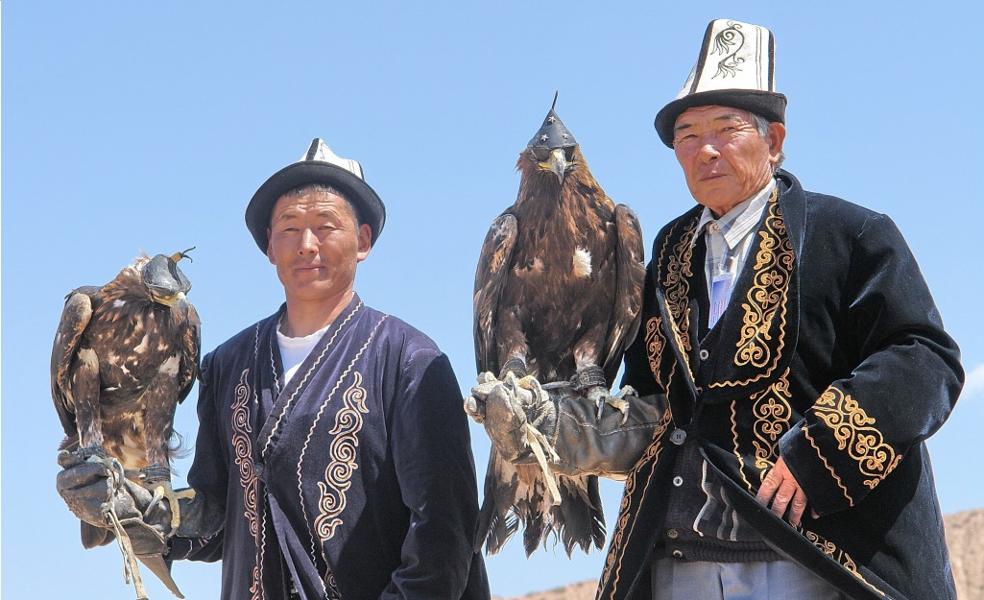 Kalpak in the Kyrgyz culture

For the Kyrgyz people, the Kalpak is much more than just a hat. It symbolizes the identity of this ethnic group and, thanks to its various shapes, colors and motifs, it allows to immediately know the age and status of the man wearing a kalpak.

Traditionally, the Kalpak can only be worn by men. Recently, a fashion show made a scandal in Kyrgyzstan when someone put a Kalpak on a dog’s head. Kyrgyz people still show a lot of respect to the Kalpak nowadays. For example, it’s forbidden to sell or offer your Kalpak. It can only be given from father to son. You should take off your Kalpak with two hands and place it on a specifically dedicated space or keep it next to you. Kyrgyz consider that losing your Kalpak means losing your dignity as well.

In modern Kyrgyzstan the Kalpak started losing its popularity. But in 2016, the government instituted a National Kalpak Day to be celebrated every year on March 5th. A lot of efforts are being done to put the Kalpak back in the center of Kyrgyz culture, including by fashion designers who make modern versions of the Kalpak. Similar efforts to conserve the culture have been done through the declaration of a yearly National Komuz Day, to celebrate this traditional Kyrgyz instrument. 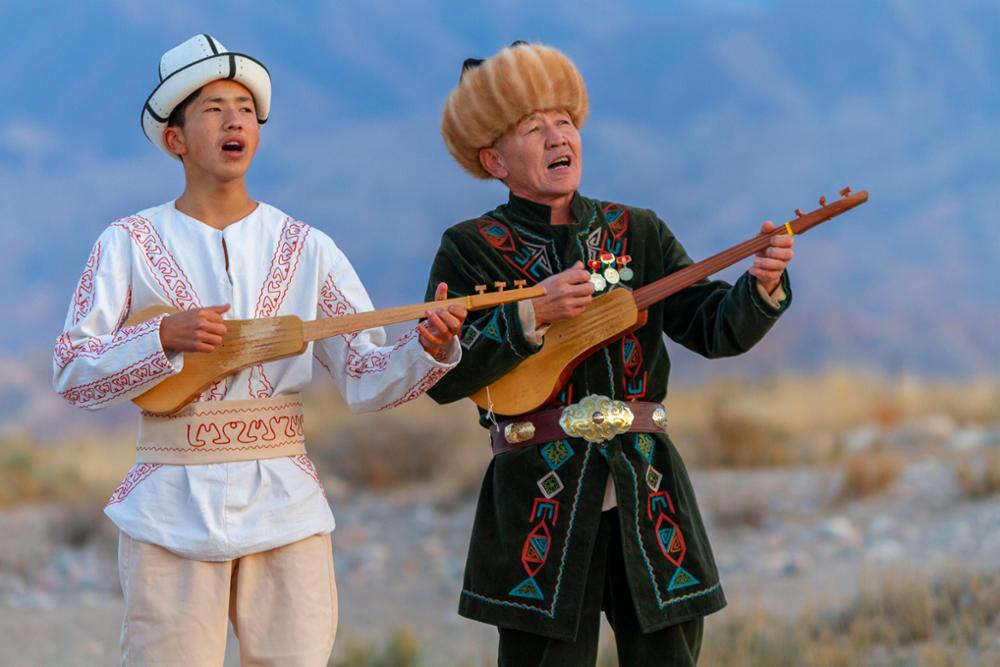 There are around 80 types of different Kalpaks, even if this hat exists only in little Kyrgyzstan. Each Kalpak has to be chosen very carefully because its symbols and colors all have a meaning.

The Kalpak is a reminder of the importance of nature in the life of the Kyrgyz. It represents the snowy Tian Shan Mountains. Its four sides represent four elements: air, water, earth and fire.

Every Kyrgyz man, elders and children, khans and shepherds, used to wear the Kalpak. The hats, however, would be slightly different. For example, a leader would have a higher hat than an ordinary citizen. Every element of the Kalpak has its meaning, for example, the symbol on children’s hats represents the protecting mother. When a boy was 12 years old he would wear a kalpak with green embroidery, this would change to a blue kalpak at the age of 24, a brown one at 36, beige at 48 and black at 60. If a young man was looking to get married he would wear a kalpak with red decorations.

Culture and Tradition
Zafar khan
06 January 2022
Is white kalpak suitable at the age of 21
Kyrgyz'What?
07 January 2022
The white kalpak is suitable only for honorary persons, leaders and aksakals.
Reply
Related articles
Six museums you should visit in Kyrgyzstan
A few local beliefs to know before going to Kyrgyzstan
A small guide to the Kyrgyz Horse
Cultural differences to know before going to Kyrgyzstan
Why you should choose Kyrgyzstan for your next vacation
Archives
Tags
Tourism (31)Culture and Tradition (28)Sports (8)Gastronomy (5)Flora and Fauna (4)History (3)Tips and Tricks (3)News (1)Religion (1)