Many rites and traditions are attached to family events in Kyrgyzstan, including weddings. These, in fact, entirely change the life of the family members and the community; therefore mark an important date in a Kyrgyz’s life.

In Kyrgyzstan, like in many other Central Asian countries, families spend a lot of money on the weddings. Sometimes, they work abroad for several months to save up for marriages, and leave again after the ceremony to pay up debts or feed their families. Weddings are a demonstration of status and hierarchy; in addition, all relatives and acquaintances must be invited. In Tajikistan, a recent law forbids families to spend an excessive amount on money on weddings.

Kyrgyz tradition requires that the girls’ parents be asked permission for her wedding. According to local custom, this must be done by the young man's parents. This first step, called "kudalap ketuu", consists of seeking the consent of the future bride's father and mother. If they give a positive answer, the families arrange an appointment during which the young man's parents bring earrings as a gift.

Formerly, the parents of future newlyweds agreed on the marriage of their children long before they were born. This practice is no longer current, except in some conservative families.

Once the proposal is accepted, it's time to move on to the engagement or "soiko saluu". On this occasion, the young man's parents offer earrings and clothing to the bride-to-be. In addition, they offer a sheep to the in-laws.

The earrings mean that the girl is no longer free and is going to get married soon. Her parents then begin the preparations and conceive bridal items such as pillows, blankets, rugs, curtains and so on. The young woman will put them in her future husband's home. The married couple will have everything necessary to start their new life. 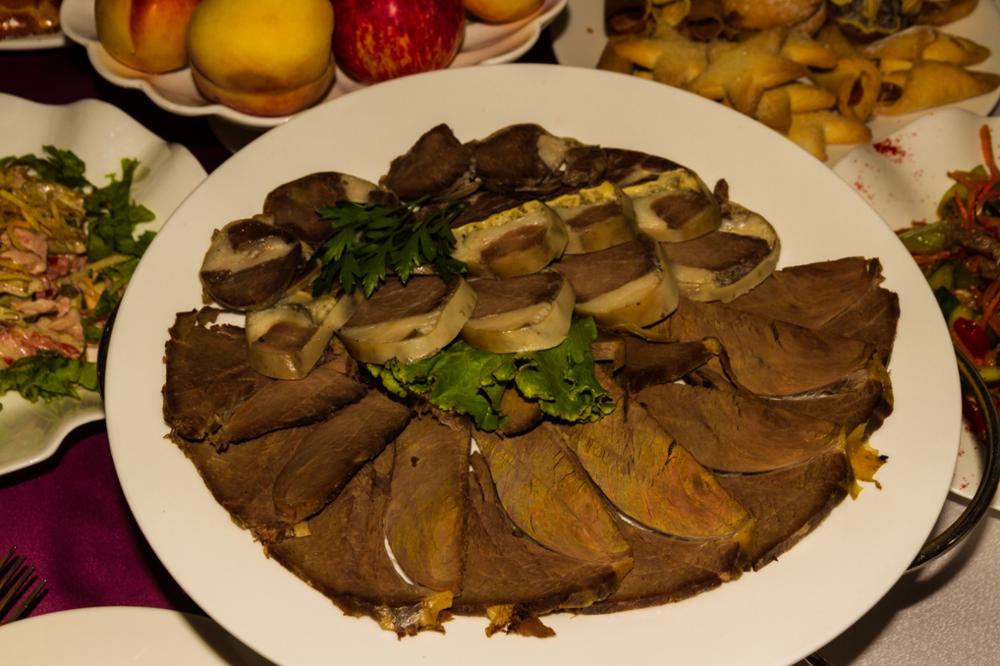 "Bata Toi": the feast of blessing

During this event, the groom's parents and their relatives (about 10 people) visit his partner and bring the following elements with them:

The young man's parents must also pay the kalym. It is an amount of money to give to the girl's parents so that the new family can take her home. The amount varies according to the social and financial status of the family. The money is not kept by the fiancée's parents, but is going to be used for her dowry. Among other things, it is also used to buy furniture and clothes for the new family. The wedding date can then be fixed.

"Kyz Uzatuu": taking the girl to her husband's house

During the "kyz uzatuu", the bride is escorted to her future husband's house. The whole village is invited for the wedding preparations. On this occasion, the animal offered before is killed and served.

The sisters-in-law braid the fiancée's hair. This ceremony symbolizes devotion to her husband.

When the great day arrives, a succession of rites is held throughout the ceremony.

A symbolic game takes place to "win the girl": to begin with, the future husband comes along with his friends to sing and ask to see his future partner.  The women in the ceremony try to slow down the fiancé by creating obstacles of all kinds on the way to the fiancée. Throughout the journey, money is distributed to women so that they can let men pass through.

Once this small scene is finished, the man takes his sweetheart's hand and takes her to the car. Then, the festivities unfold usually in two parts:

·       In the day, the bride and groom drive and take photos; a party is planned for the youngest.

·       Early in the evening, family, relatives, friends and other guests gather in the place chosen to celebrate, dance, drink and eat. Usually, the married couple sits in front of everyone and does not take part in the dance. The guests make a toast to the married couple. They then go to their house, usually with a couple of close friends and family members.

Marriage by abduction: an old practice prohibited in Kyrgyzstan

Formerly, marriage by abduction or "Ala Kachuu" was a common practice in Kyrgyzstan. It was a forced marriage in which the bride was kidnapped. This happened in two cases: first, when the young lovers could not get married because their parents did not approve the wedding, or did not have enough money to organize it. Secondly, this also happened when men did not want to approach women. They may kidnap a friend and acquaintance, or an unknown woman and bring her to their house. The girl is then forced by her family-in-law to accept the wedding.

Although it is still practiced, this rite is currently forbidden in Kyrgyzstan.