The top 6 dishes to try while traveling in Kyrgyzstan - Kyrgyz'What?

The top 6 dishes to try while traveling in Kyrgyzstan

The world is starting to hear about Kyrgyzstan for its breathtaking landscapes, its endless mountains and its people’s hospitality, but what about its traditional cuisine? Kyrgyz cuisine is still little known around the globe, yet it’s as rich in colors as the valleys and canyons of the country. Between two treks, treat yourself with one of these traditional dishses.  It’s a great way to get to know the culture! 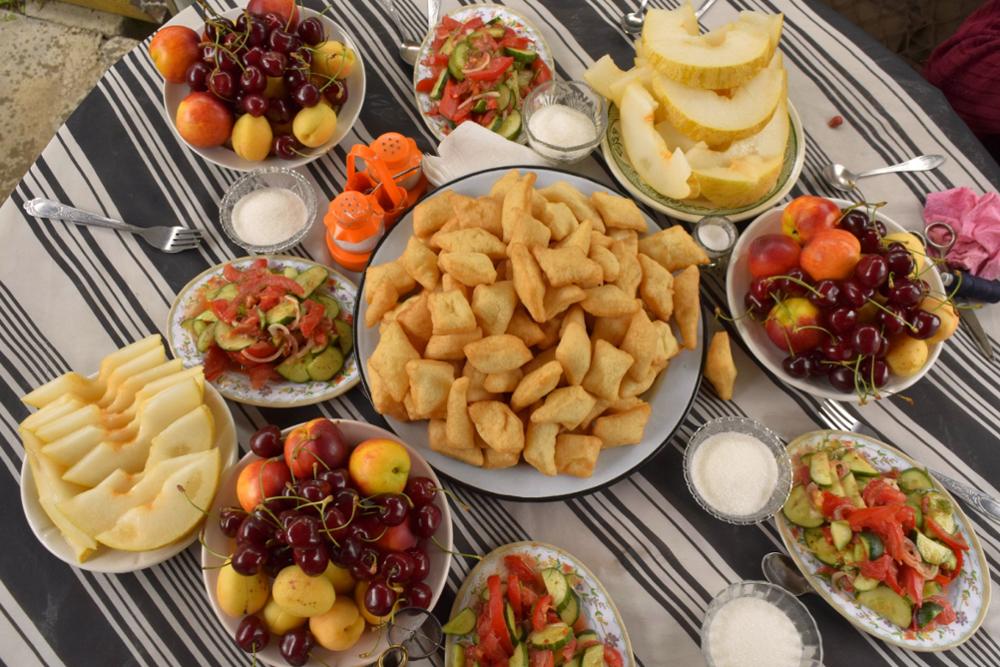 The boorsok is a traditional small fried bread of Kyrgyzstan and Central Asia. You’ll see it on all tables during festivities. Served with homemade jam, it’s absolutely delicious and you’ll eat it (probably too) fast. This traditional bread is not baked in an oven but fried in oil. Baked in big quantities, it’s a must during celebrations like weddings or funerals, but also to welcome guests. Traditionally, three women make the boorsok: the first makes the dough, the second cuts it in small pieces and the third woman fries it. 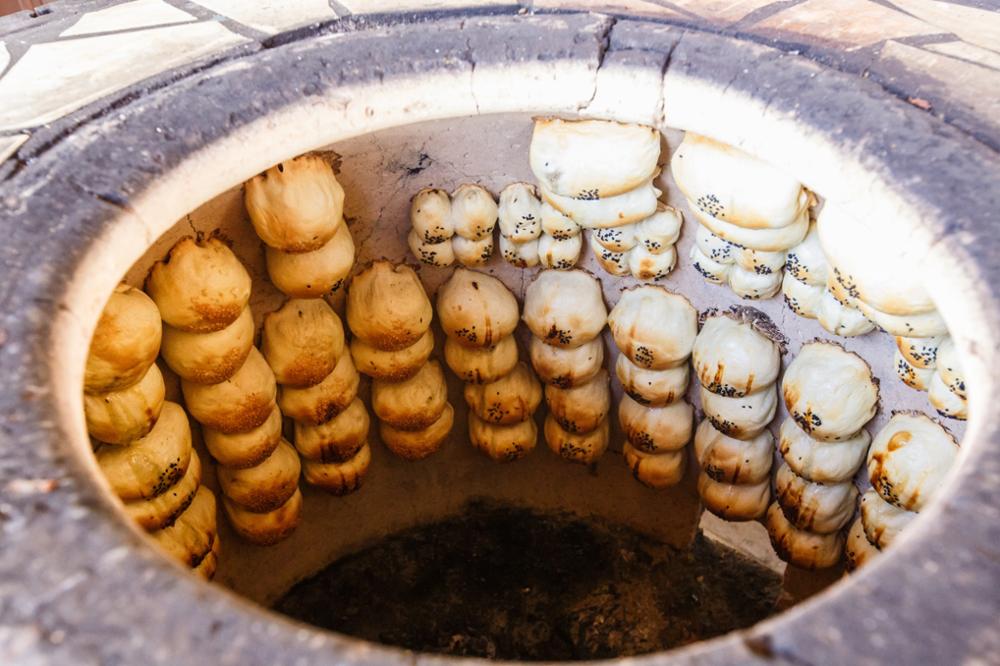 The samsa is small bread stuffed with meat. It’s one of the Kyrgyz’s favorite snacks. Baked mostly in the south of the country, its making is quite surprising. The samsa isn’t baked in an oven, but in a “tandir”, a traditional clay oven of Central Asia, shaped like a well and heated with a stove. Samsas are fixed on the oven’s walls with some oil. Golden and crusty on the outside, they’re tender and melt inside: a real treat for meat lovers! 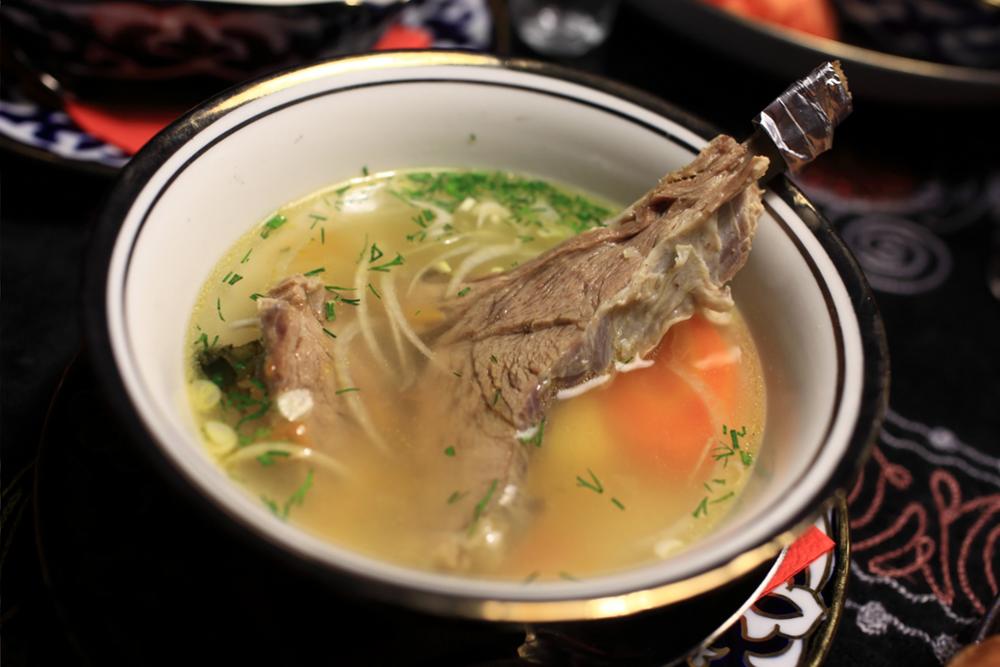 Shorpo is the traditional Kyrgyz nomadic soup. It’s basically a meat broth with sheep meet, potato, carrots and fresh herbs. It’s served as a starter or as a main dish, and is greatly appreciated in the heights of the jailoo, mountain pastures where shepherds spend long months. 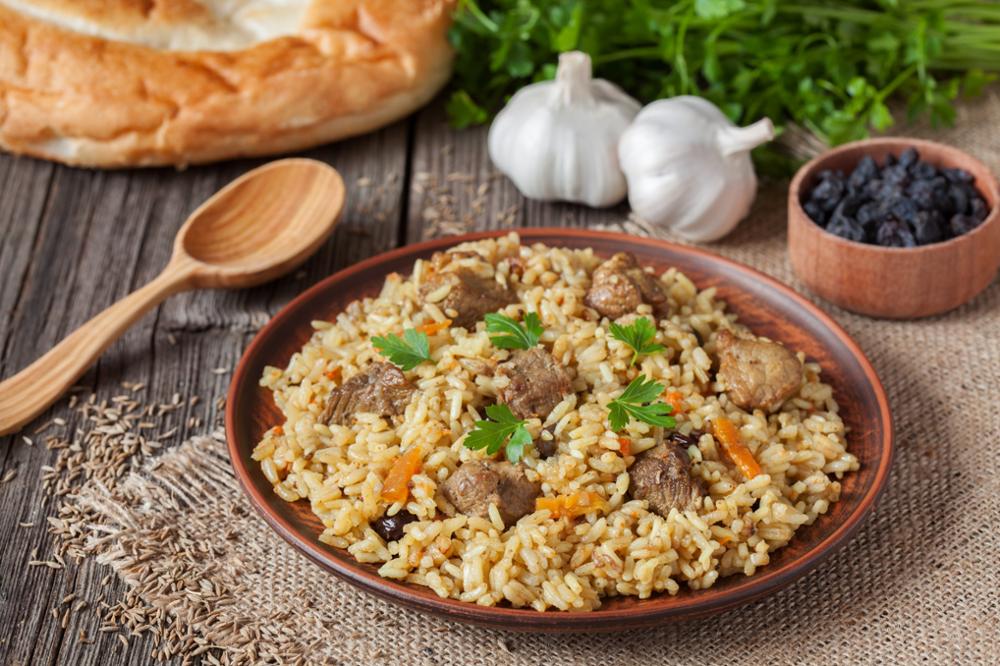 Kyrgyz cuisine is very tasty but, it’s true, a bit fat. That’s understandable when you know that the country is covered by more than 90% of mountains: Kyrgyz shepherds need strength to look after their herds in the cold winters.

Plov is a dish that you’ll find everywhere in Central Asia. Although every region, and even every family has its own recipe, the dish is based on fried rice with yellow carrots, sheep or beef meet and pepper. All this is baked in animal fat, and a good plov is judged by the oil it leaves on the spoon. The dish is usually served for celebrations and parties, but also for ordinary dinner.

Traditionally, it’s served in one big plate on the table or on the floor, from which everyone eats. Plov differs by the rice that is used, and the ingredients that may be added, like raisin or grenade. 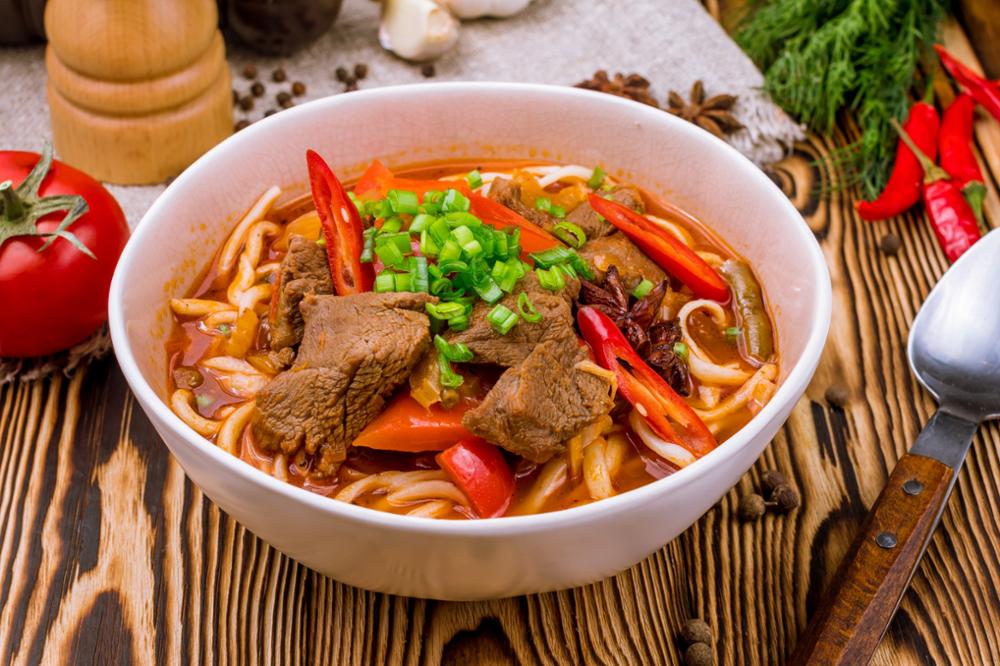 This dish originally Uighur or Dungan, Chinese minorities living in Kyrgyzstan, is delicious for those who like spicy food. Lagman is made with long homemade noodles cooked with meat and pepper, marinated in a spicy sauce. The technique to make these noodles is quite difficult and is usually passed from mother to daughter. 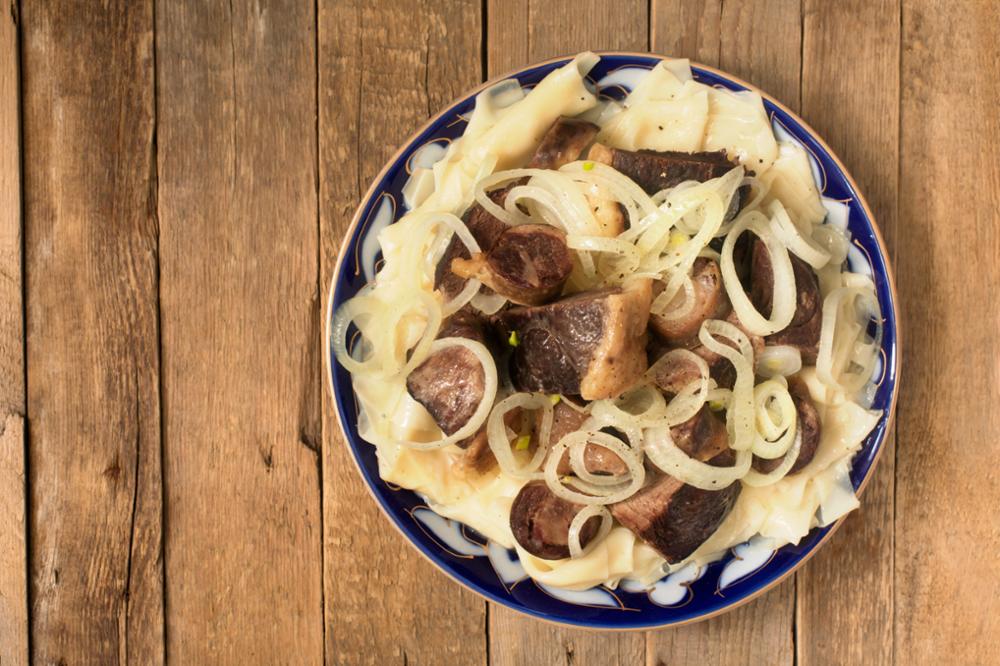 Beshbarmak is a traditional Kyrgyz dish that you will find only in this country. Its name translates as “five fingers”, meaning that the dish should be eaten with your hands. It’s a dish made of boiled meat and noodles, with a sauce baked in the animal fat with onions. Beshbarmak is usually cooked with horse meat, but can also be found with sheep, yak or beef.

For the Kyrgyz, Beshbarmak is more than just a dish. It’s a tradition, obligatory during important celebrations. It’s served with more meat, which is distributed according to the status, gender and age of the guests. The elder man is always the first served.

Culture and TraditionGastronomy
ishika
26 December 2021
I have seen that every person wants to express his feelings in his mind but he is not able to express his feelings properly in words but the content you have written in your post is very beautiful, it seems that you have expressed their feelings. Hi, you are a very beautiful post writer, similarly keep writing new posts in your life, our best wishes are with you. https://business-ideas-gurugram.blogspot.com/2021/10/clothing-japan.html
Reply
Related articles
Central Asian Recipe: Gulchatai
The yurt, symbol of Kyrgyzstan
The tradition of homemade jams in Kyrgyzstan
10 things to do in Karakol aside from hiking
Six museums you should visit in Kyrgyzstan
Archives
Tags
Tourism (31)Culture and Tradition (28)Sports (8)Gastronomy (5)Flora and Fauna (4)History (3)Tips and Tricks (3)News (1)Religion (1)